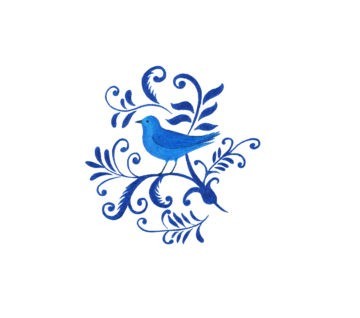 Lucija Mrzljak is a Croation artist. She has lived and worked in Estonia for five years now. With her animated films,  Mrzljak has participated to numerous festivals and got some important prizes. Little by little she is also entering the illustration scene. Her sensitive, very special and a little bit melancholic style does not recognize any frontiers between the „real life” and imagination, it fusions dreams and reality into one.

Indrek Koff is a writer who likes to play. He has made experimental works for adults as well as for kids. Organical co-functioning of words and images has always interested him and the cooperation with Lucija Mrzljak has turned out to be another great opportunity in this domain. „Flowers of Fever” is his nine children’s book.

„Flowers of Fever” is designed by Artis Briedis from Latvia.

The book tells about little Alma, about spring and some temptations (snow! icepickles!) that can make some children fall ill. The authors try to see if fever can also be good in some ways. Maybe it can make our world better, brighter and more colourful when we are brave enough to fight and leave the battlefield as winners?

The title of the book could make one think about the pandemics the world is facing in 2020 but in reality there is no connection whatsoever. The writer has found the idea years ago when growing up together with his own children. On the other hand, the authors would like to believe that the book can give hope in the current situation.

The authors have started a crowdsourcing campaign on the portal Hooandja: www.hooandja.ee/projekt/palavikulilled.